CELEBRATING A HALF CENTURY
OF EXCEPTIONAL BBQ.

WHO IS TED COOK? 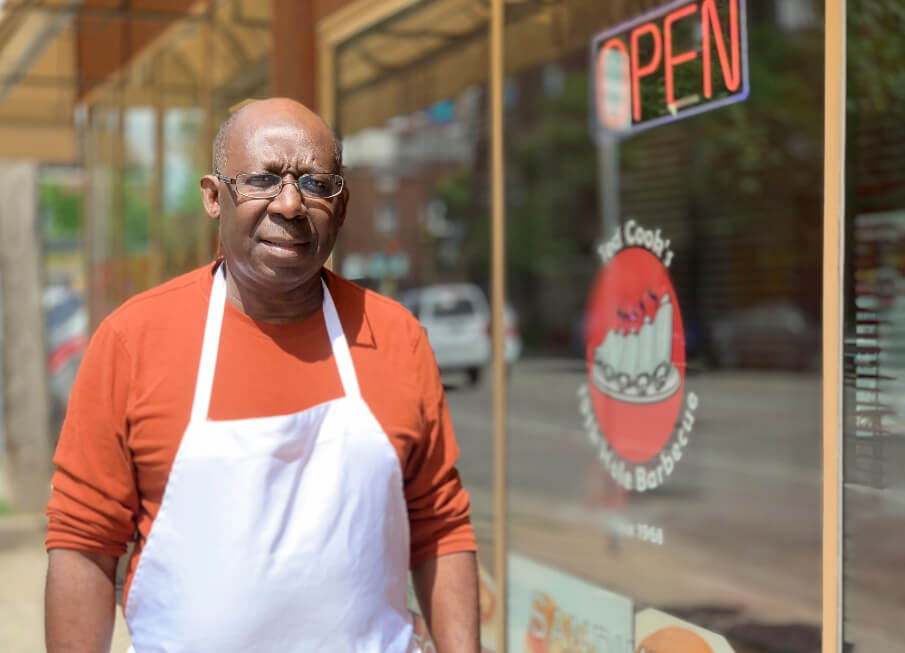 Ted Cook’s 19th Hole was the creation of Louis “Ted” Cook, who is originally from Dayton, Ohio and his wife of 48 years Amilee Cook. Ted owned and managed the 19th Hole Barbecue from 1968 to 1986 and passed it on to the Davis Family, Richard, Priscilla and Michael Davis. The Davis family sold Ted Cook’s to Moses Quartey in July 2001.

An avid golfer and a long time member of the Twin Cities Golf Club, Teddy as he was affectionately called was Minnesota State Senior Golf Champion in 72 and also a champion at 19 in Ohio. He passed away on July 20, 1992.